Painters of the Sublime: Joseph Mallord William Turner and Constable

Posted by Pete Duhon on March 31, 2006
The Constant Circle of Art

This past weekend I visited the Frick Museum and absolutely fell in love with Joseph Mallord William Turner and Constable.

After doing some research I noticed a couple of interesting things, one of them being that one of his goals in painting was not merely to copy something exactly(nature and objects) but rather to paint the essence or the sublime characteristics of of a particular scence. Truly, abstract painting started prior to the 20th century(Henry Finkelstein).

The day before travelling to the Frick Museum here in New York, I attended an artist critique session with master painter Henry Finkelstein and he quoted Constable, stating that Constable said, "I like to paint moisture." He advised studying Constable for that very purpose of painting atomsphere and even clouds.

I started out writing this specific post with the intention of stating that one of Turner's painting will go on auction next week at Christie's and they expect the painting to fetch the most money for a British painting in the world, they are expecting close to 20 million dollars for that painting.(Deborah Brewster, Financial Times)

If the painting sells for that much, guess which British artist it will surpass as far is concerned: Constable.

Below are paintings by Constable and Turner: 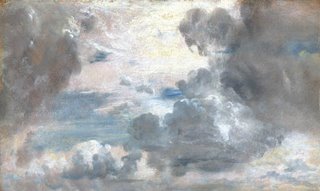 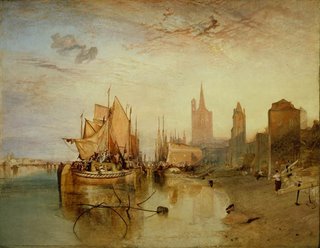 Here is the painting by Constable "The Lock" which sold for $21.3m.(Information source: Financial Times) 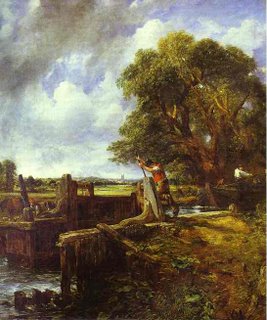 Anonymous said…
this blog is a great resource...