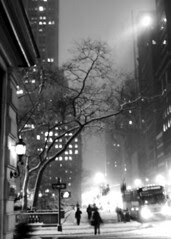 Here's an excerpt from the book club that I thought was rather interesting:

"After reading Balzac's work the Gillette: the Unknown Masterpiece. I think it is noteworthy to mention a little background on Balzac and more. Balzac, I have always viewed as a pre "socio-historical case history writer" for his time. In that he was writing about the socio-cultural, class, norms and mores. Note: the following about the characters, he was of a Christan upbringing and the writer's device of the three male/artists (trilogy) and the "quasi schizophrenic" view point held at the time regarding women, in the novel's case, Gillette, who was admired for her beauty, yet to reveal her truth was to lead to her shame. Yet, be shared as a model for the benefit of the artists to gain entrance to Master's studio-obviously his intentions were not altruistic. While Gillette deals with the issues of being a female model within the artists viewing her in absolute/extreme ideas of honored, shame, revered and downcast etc. I feel Balzac did an excellent portrayal of the 'mindset' during the time regarding women, and also the stigma in viewing a master or demon possessed creative artist. To this day there appears to remain these mindsets in stigmatization(s) within our post modernity global society of creative-ness and as well and the ideals of truth and beauty and 'expressing' it within female/nature forms." - Judy, Florida, U.S.