Posted by Don Porcella on November 17, 2008
I went to Berlin, Germany Nov 4th through Nov 11th, 2009 to give a lecture about my art at a show of my work in Berlin. While I was there I had a chance to visit the Hamburger Bahnhof - see http://www.hamburgerbahnhof.de 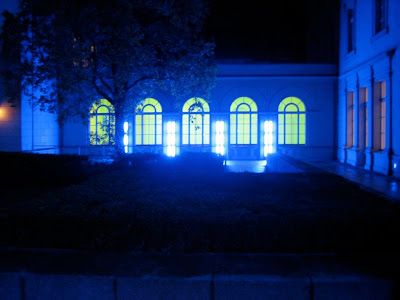 After a lengthy reconstruction by architect Josef Paul Kleihues, the Hamburger Bahnhof reopened on 2 November 1996 as the "Museum für Gegenwart" (Museum for Contemporary Art). 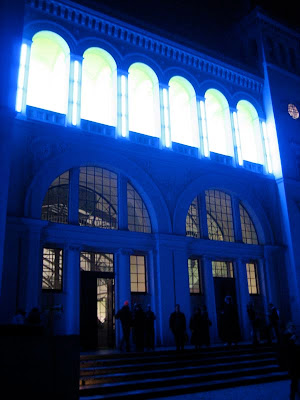 the building is rendered even more striking by an ingenious dichromatic installation, designed by American artist Dan Flavin, which bathes both the main façade loggia and the transitions leading to the wings of the cours d'honneur in blue and green neon light. Particularly at night, Flavin's last work (whose completion he unfortunately did not live to see) is visible from afar, and has come to be seen as the museum's trademark. ( http://www.hamburgerbahnhof.de) 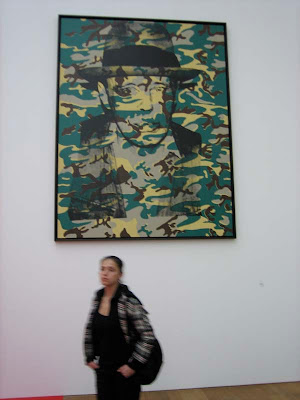 Cult of the Artist: Celebrities. Andy Warhol and the Stars 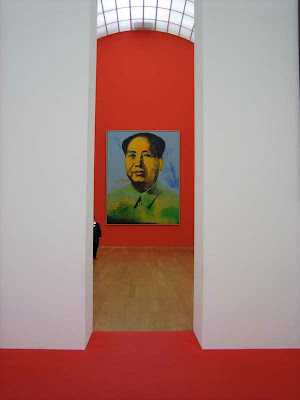 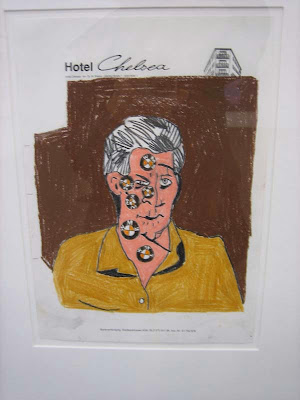 Works from the Friedrich Christian Flick Collection in the Hamburger Bahnhof, the Collections of the National Museums in Berlin and Other Collections
3 October 2008 - 22 February 2009

The image and the idea of the autonomous, creative artistic genius was subjected to a variety of attacks by the avant-garde movements of the early 20th century. Since the 1960s, many artists have taken critiques of the heroic image of the artist even further, often radically questioning a conception of art that is oriented toward the autonomous work. (http://www.hamburgerbahnhof.de/exhibition.php?id=16161⟨=en) 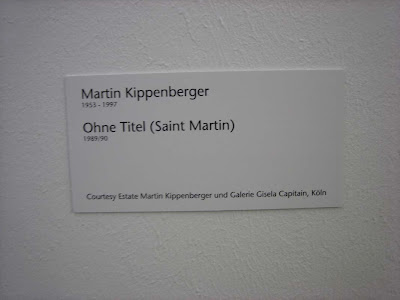 In this installation Kippenberger has had his assitants make his paintings, then photograph them and then destroy the paintings. The installation includes the destroyed paintings in the hand made dumpster. The work questions the artist as the master of ideas and technique. 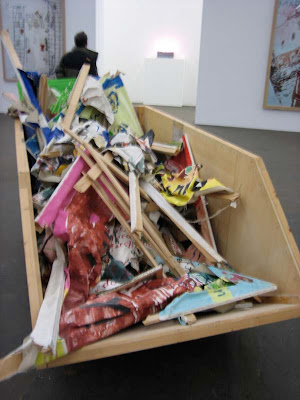 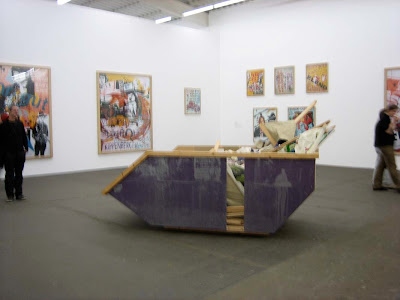 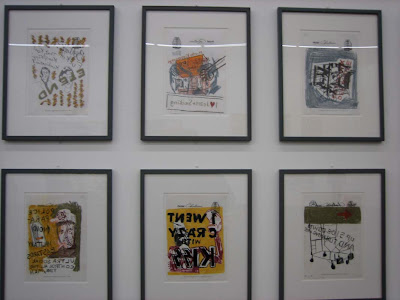 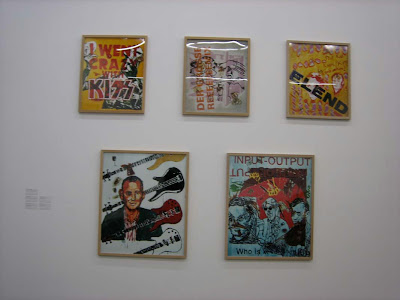