5 Booths to Bookmark at the Armory Show

While essentially an agora where galleries from around the world showcase their wares in the form of commodities sold to the highest bidder or the savvy collector bargain hunting, the compactness of the works on display make the Armory show especially friendly to paintings, prints and photographs. Frameable works, after all, are portable like money. In the teeth of this commercial atmosphere, however, some galleries visibly stand out, largely for the diversity of the works they show if not for their innovation. Here are five booths you may want to visit, even if you left your checkbook at home.

Galerie Daniel Templon
30 Rue Beaubourg, 75003 Paris, Frankreich
+33 1 42 72 14 10
One of the larger booths at the Armory, spanning some three cubical-like rooms, this French-based gallery will attract your attention with a Jonathan Meese painting, before luring you further into a white-walled brilliance where, among other treasures, Iván Navarro’s  almost Flavin-esque “Vitrina” (2008) sits catty-corner from a Kehinde Wiley oil-on-canvas portrait that merges classically-styled inspirations with a decidedly hip-hop urbanity.

Andrew Kreps Gallery
537 W 22nd St #1, New York, NY 10011
(212) 741-8849
Andrew Kreps is showcasing popular favorites such as Mike Kelly (if only this artist’s relatively unimpressive Color and Form works) to less spectacular yet more impressive items by artists such as Barbara T. Smith, whose 1971 mixed-media picture “Field Piece Schemata 1” will astonish you with its contemporaneity and liveliness. 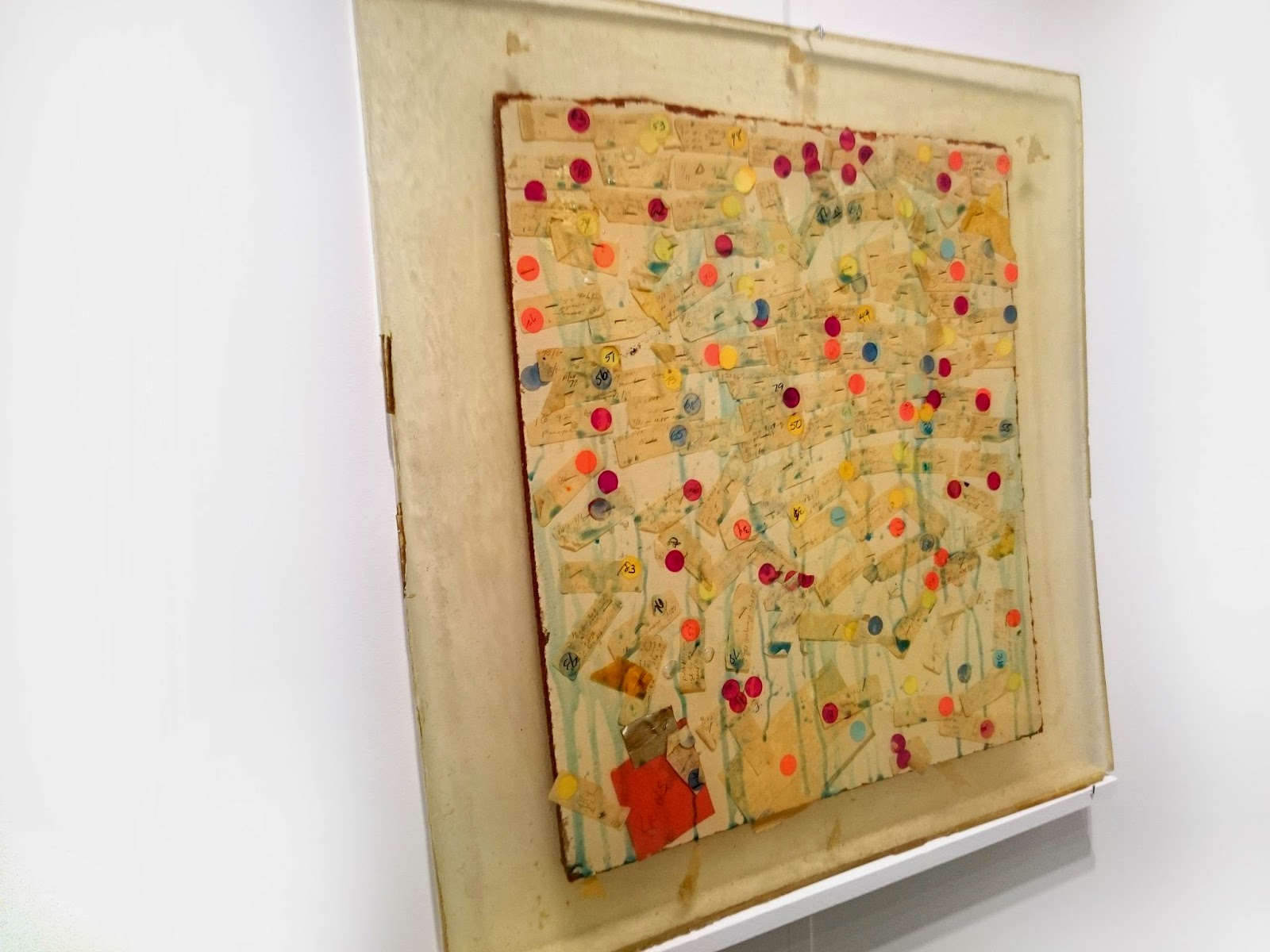 James Fuentes LLC
55 Delancey St, New York, NY 10002
(212) 577-1201
Unquestionably one of the most interesting galleries in NYC today, James Fuentes's booth at the Armory features chatoyant plexiglass structures by Berta Fischer. Whether hanging by plastic threads or shimmering iridescently like a rainbow on the walls Fischer's works will not fail to impress. 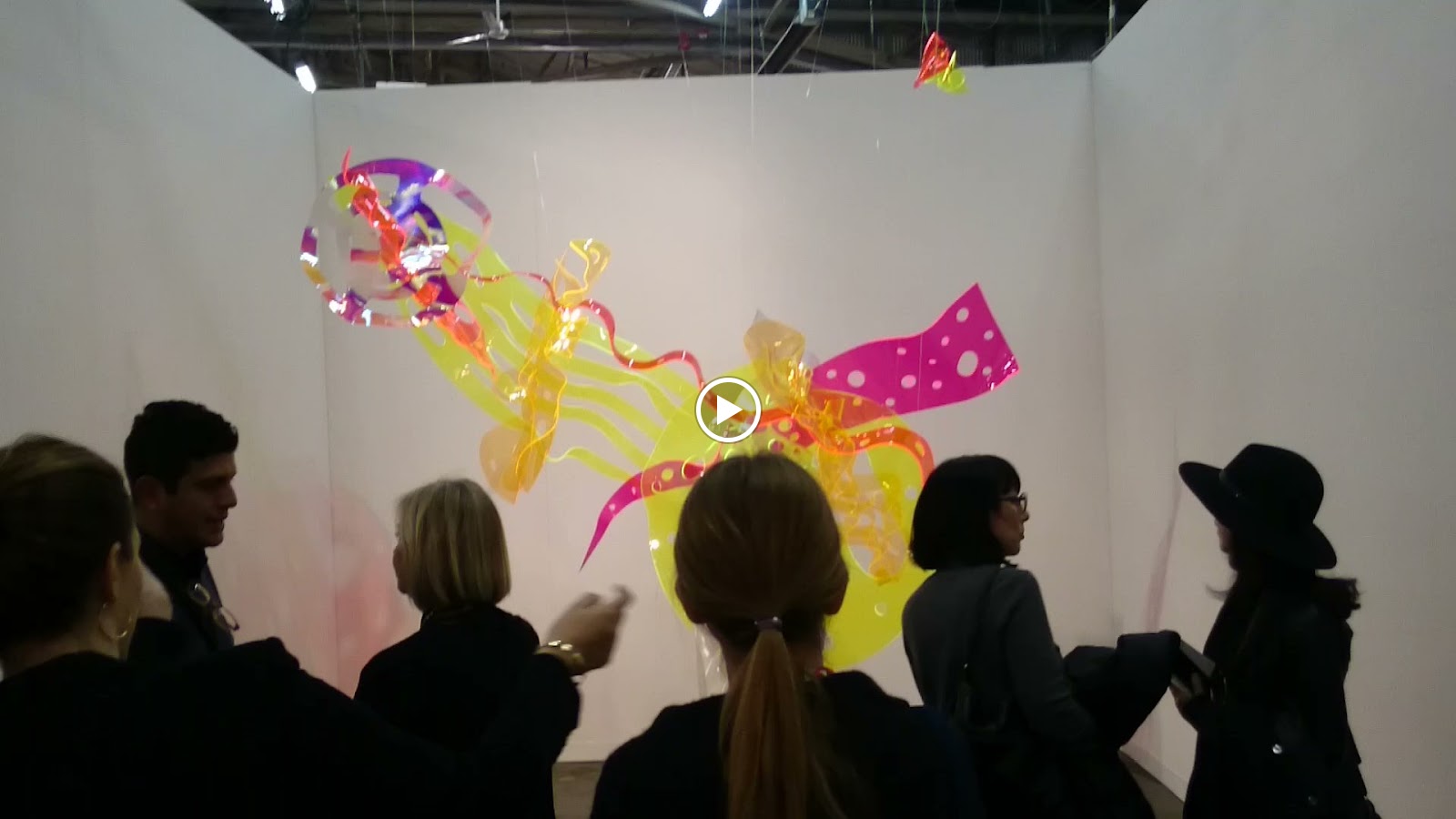 Victoria Miro
16 Wharf Road, London N1 7RW, Vereinigtes Königreich
+44 20 7336 8109
Victoria Miro somehow encapsulates what shows like the Armory could be about: a vast of array of work by artists from all around the world. To be sure, the bulk of the paintings in Victoria Miro’s booth will remind you of other paintings by other artists, but the Alice Neel's work “Richard with Dog,” dating from 1954, is a work you can live and grow with.

Yancy Richardson
525 W 22nd St, New York, NY 10011
(646) 230-9610
Comprising mainly photographs, this gallery displays work that gently disrupts the conventions of portraiture and documentary. Matthew Jensen`s daybright illuminations of cross country travel through the United States—“ 49 States” (2008–9) doesn’t feel like Americana so much as a series of pictures drenched in the expansiveness of perception on the ordinary. Zanele Muholi's portraits, by contrast, toy with the conventions of photographic portraiture to make confrontationally realer-than life studies of black youths whose faces and postures become starkly eloquent against a studio-constructed backdrop. 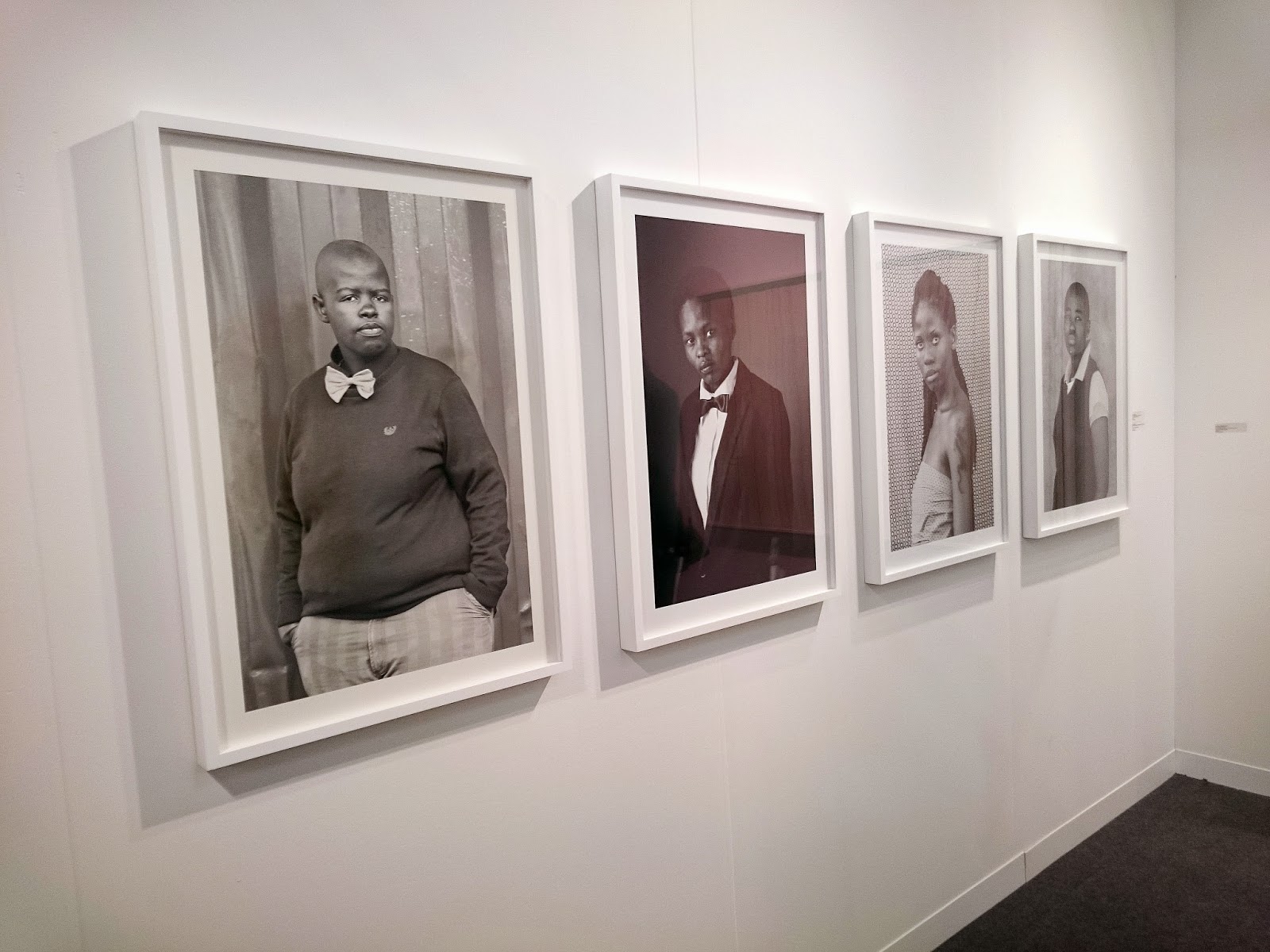