AudioVisualVenue (AVV) is a collective of Chinese media artists who jointly exhibit their work. AVV's goal is to redefine relationships between audiences and content within traditional theater and gallery environments. AudioVisualVenue presented the work of artists Song Yunling (Tracy), Cao Yuxi (James) and Raven Kwok from July 29 to August 6, 2015, at Made in NY Media Center's theater and Digital Media Arts Gallery in DUMBO, Brooklyn. Benton C Bainbridge interviewed the artists about their work.

CY: My name is Cao Yuxi aka James. I am a contemporary visual artist constructing with computers and digital video.

BCB: Describe AudioVisualVenue and how you three came to work together.

RK: I’m not an official member of AVV. James and Tracy invited me as a guest to present my recent project Build the Cities.

YS: James and I cofounded AudioVisualVenue as a collective for artists working with generative art and programming. We organize exhibitions in different locations to show our artworks, exploring different themes for each event.

CY: We started 2 years ago in China, back in Hangzhuo. We were inspired by festivals like Mapping Festival and Mutek. I realized there was no collective brand for Chinese artists; if you group together you become stronger. 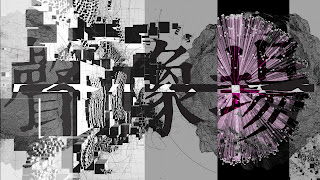 CY: For now, it's individual; in the future, we plan live streaming events to connect artists in separate locations in the U.S. and China for realtime collaborative performances.

BCB: What are the esthetics of the AVV collective and its guests?

YS: This exhibition's theme is Tweak. We're not all professional programmers, however we create with code.

CY: We all use different tools but we share a process.

RK: I'm obsessed with form and shape - it's a pure love.

BCB: That pure love comes through in all of your work. You each have a process that you adhere to. How important is realtime? Raven, you showed a recorded video and then demonstrated the realtime systems used to make it. Yunling, you played entirely live. James, you mixed live and fixed media. Realtime responsive seems essential to the work you all presented.

Tracy: Realtime directly involves me in the project. If I'm not doing anything... if I stop, the work disappears. When I only have one chance to perform, everything connects through me: my emotions and mind.

CY: Currently, video and broadcast media are dominant formats around the world. We are looking a little ahead. Applications inject interactivity into broadcasting media. Back in China, I animated by keyframing - we set parameters, tested, then rendered. This is a low-efficiency way to work. Now, working with open source applications and game engines, we have more responsive tools.

RK: “Real-time” in my works is impromptu of the system itself. Albeit carefully designed, the system exhibits randomness depending on the set of seeds feeding in. An artist has absolute control over the system, yet passively watches while the system produces outcomes.

BCB: You each set up systems with rules and behaviors and then seed them. Tracy, you seed with geometric shapes and music. Raven, you seed with 3D shapes which recur based on certain rules. James seeds with data. These interactions are life-like processes.

RK: Instead of simply simulating and re-creating life-processes, I’m more interested in altering them to my will and seeing how the agents develop and organize themselves based on designated rules, like Christopher Langton said in his book Artificial Life: An Overview, “explore nature as it could have been.”

I create a system, then feed it - the source data is like nutrition for the system.

CY: We like to see what our systems shit out after they eat.

Like Raven said, I use data from the real world as nutrition for my system. People don't read raw data so well, but I create a pipeline to render real world data in an audiovisual form. I mutate the data, so people reconsider the information - to offer a different view of the world. At MINY I showed Macrocosm, which uses Beijing air pollution data to distort a Chinese painting, as a visual metaphor.

YS: I'm doing research about sound visualization and meanings of formal qualities. Some say blue represents cool, and yellow and red represents MacDonald's. I think Black and White can represent highs and lows and the dynamics of music, as in the work of Ryoji Ikeda.

RK: We're generating with a set of rules, instead of conventional animation or Visual FX.

Pioneering digital artists like Lillian F. Schwartz, Larry Cuba and Ken Knowlton created artworks through programming in the 1960s and 1970s. Code is not a new medium for artists, but it has become much more approachable in recent decades with the growth of the creative coding community. However, computational generative art is still emerging within the contemporary art world, due to its “discipline- and medium-independent” methodology and lack of philosophical standpoint.

BCB: You've stated that this is an unprecedented time for media artmaking tools; do you think the art world itself is changing? Is this more significant than the transition from oils to acrylics?

RK: All our resources are open - fans can get hands-on experience of the code. There's no invisible barrier to the working pipeline.

CY: I think it's time that artists came out of their ivory tower to touch the control tower. Now's a time when people can learn on their own, submit questions, follow online tutorials...

YS: The artist doesn't need to control everything. I can write my own programs, building from Raven's code. I don't think we should completely protect our artworks; it's good to share and get feedback from others.

CY: Right now it's hard to define the originality of any artwork. You don't make anything you grab - but the impact of the work you make with it is yours.