Posted by Pete Duhon on July 12, 2015
written by Jeffrey Grunthaner

Queens-based artist Chin Chi Yang initially viewed his Earth Day performance, An Interactive Protest against Corporate Waste, which took place in Times Square and its environs this past April, as an opportunity to engage the world's largest banks and to discuss with the people who went about in them what they thought about recycling. What the performance became was a trance-like, collaborative "drift" through Times Square: a miniature pageant responding to, as Yang puts it, "audience's facial impressions and their minds." The following pictures were captured on site. 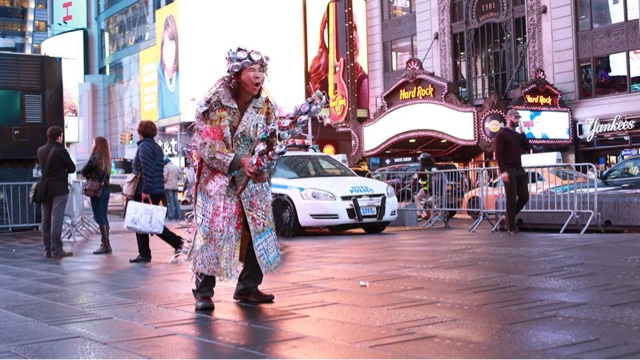 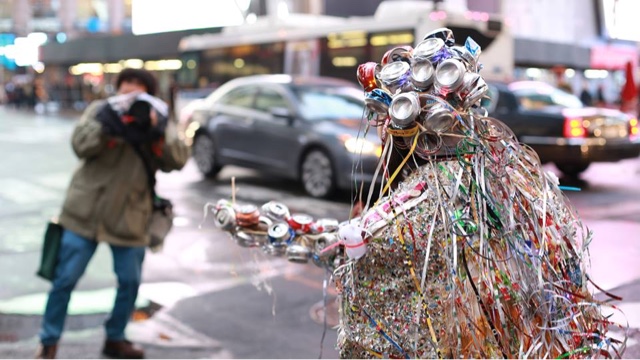 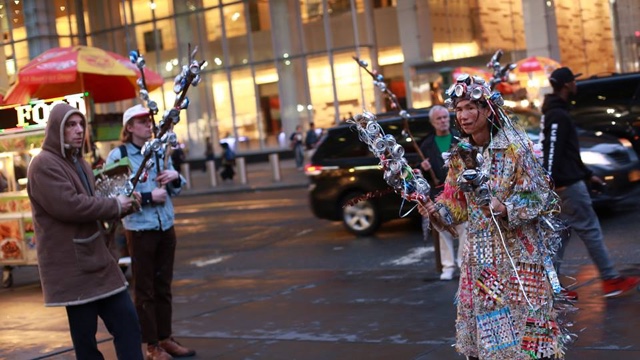 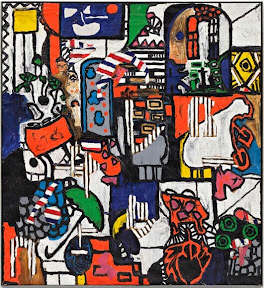 'My Heroine And Her Mate', Dorothy Iannone, Peres Projects, Berlin

A review of “My Heroine And Her Mate,” exhibiting at Peres Projects January 17 – February 28.

written by Jeffrey Grunthaner in Berlin

Contemporary paintings, insofar as they take their cues from the collage-like flatness conditioned by a computer screen, have an inclusiveness about them resembling glass tanks full of compendious stuff—an assortment of gestural brush work, quasi-geometric shapes and graduated contours. Looking at the early work of Dorothy Iannone, however, whose show “My Heroine And Her Mate” is currently exhibiting at Peres Projects in Berlin, we can’t help but appreciate the pre-digital texturing that was dependent on Ab-Exy type abstraction.

Iannone’s early paintings have an urbanity about them that belies the love-haunted connotations of their titles, retailoring conventionally dead-end forms of abstraction to suit the aspirations …