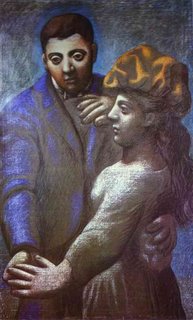 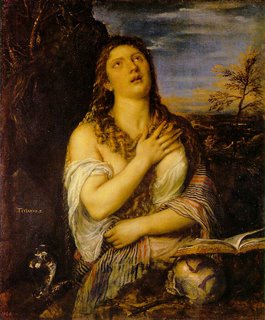 "Linear outlines that are used to reproduce with accuracy a particular shape are of necessity limited in expressiveness. They express either just one thing, "realistically" as it is sometimes said, or they express a generalized kind of thing by which we recognize the species-being a man, a tree, a saint, or whatever. Lines esthetically "drawn" fulfill many functions with coreesponding increase of expressiveness. They embody the meaning of volume, of room and position; solidty and movement; they enter into the force of all other parts of the picture, and they serve to relate all parts together so that the value of the whole is energetically expressed. No mere skill in draughtsmanship can make lines that will fulfill all these functions. On the contrary, isolated skill in this respect is practically sure to end in a construction wherein linear outlines stand out by themselves, thus marring the expressiveness of the work as a whole." - John Dewey

The painting on the top is by Picasso, and is titled La Dance Villageoise. The painting below is by the Venetian master, Titian.