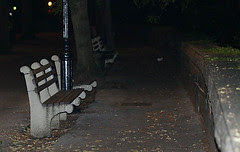 The following are excerpts concerning Tolstoy's "The Kreutzer Sonata" from the Art Notes Book Club, a relatively new book club that I started not too long ago. Tolstoy's selection is actually our second read. The first book for discussion was Balzac's critically acclaimed modern fable, "The Unknown Masterpiece."


Lisa wrote:
"Hi! the book was called the "Prodigal Genius- the life and times of Honore de Balzac" by noel gerson. It was pretty interesting. his mother had an affair and doted after "henry" and paid no mind to her other children. she was also 25-30 yrs junior to her husband. Anyhow, he was older than she. found out some interesting stuff about tolstoy also...Leo (Lev Nikolayevich)Tolstoy of course was famous for War and Peace and Anna Karenina. The Kreutzer Sonata was written after his spiritual crisis in 1879 after which he preached a radical form of Christianity based closely on the original teachings of Christ himself. The Kreutzer Sonata is Tolstoys most notorious story dealing with jealousy and adultery also a serious condemnation of the mores and attitudes of the wealthy educated class. The Kreutzer Sonata is a study of jealousy as well as a splenetic complaint about the way in which society educates young men and women in the matter of sex. just a little bit of trivial trivia. take care and talk to you soon." Lisa, New Hampshire, US